I had the pleasure of attending the programmatic IO conference in San Francisco. Like everyone in the digital marketing space, understanding the growing programmatic landscape is critical to ensure marketing budgets are being spent the most efficiently. I’m pretty new to the paid media space and had some ah ha’s that I thought I would share from a bit of an outsider’s perspective.

For those not as close to the media space, programmatic media buying is about shifting away from buying media directly from publishers in the space to buying target audiences through media trading desks that serve inventory from across the digital web. (not for LI)

There were many takeways in the geeky ad space around things like viewability, ad fraud and XYZ, but more interesting to me is the organizational implications for programmatic buying.

1. There is a substantial opportunity to implement new ways of working between media professionals and creative teams.

One fantastic thing programmatic buying brings is personalization based on different target audiences. 22Squared spoke of an example they executed for Camry. There was different video creative that targeted different segments based on the needs of that audience. The presentation showed the video campaign, but imagine the possibilities across all channels.

Creative teams are now going to have to produce more creative than ever and need substantially better briefings in order to produce compelling creative.

2. Media professionals need to do a better job educating

It’s pretty much like this at any industry conference, but the amount of jargon used across the board was pretty incredible. Media teams have the opportunity to start educating those who may not be as technical to bring them along for the ride.

There seems to be something missing between media strategy (where should we invest our money) and execution (I’m pulling the trigger to buy) that should be integrated in the media process in coordination with creative teams. What role is going to start identifying creative needs, target audiences, what data sources should be used, etc. It seems like a white space.

Coming from the outside, I had no idea about the massive viewability issues in the space. According to ComScore, 52% of ads served are not viewable. For those like me, viewability basically means what percent of your ads served were viewable to the public (ex: did the ad get placed below the fold of a website and was never seen?).

I still don’t quite understand the answer of why viewability isn’t automatically set to 100% other than scale being an issue. I would argue, wouldn’t you rather have smaller scale with 100% viewability, invest less in digital display and more in viewable channels? Seems to me that publishers need to implement technology that only charges when an ad is seen. Obviously that will cost publishers, but if it’s not fixed, what’s going to happen to digital display overall? Still getting educated here so feel free to provide feedback here.

Additionally, brands and creative agencies need to do a better job creating inspiring ads. I heard for the first time that a frequency best practice is 7 for digital display. This caught me a little off guard because it seemed like a lot…maybe with better creative, we wouldn’t have to spend so much money re-serving the same add…

Things I Have Learned in the First 90 Days of Business

I was Hooked with the Chapter Title 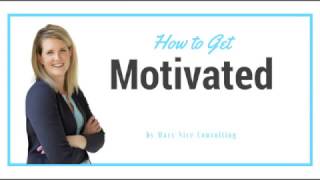 How to Get Motivated: Maybe You’re Not Asking the Right Question

All about my Virtual Assistant: Ric

Part 2 of 2: Feeling Stuck? Here’s a Few Things I Did to Propel Action – Detailing Your Ideal Day 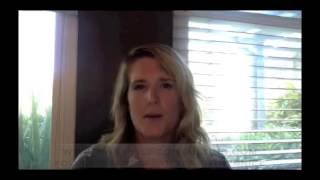 Part 1 of 2: Feeling Stuck? Here’s a Few Things I Did to Propel Action – Knowing Your Priorities

Things I Have Learned in the First 90 Days of Business